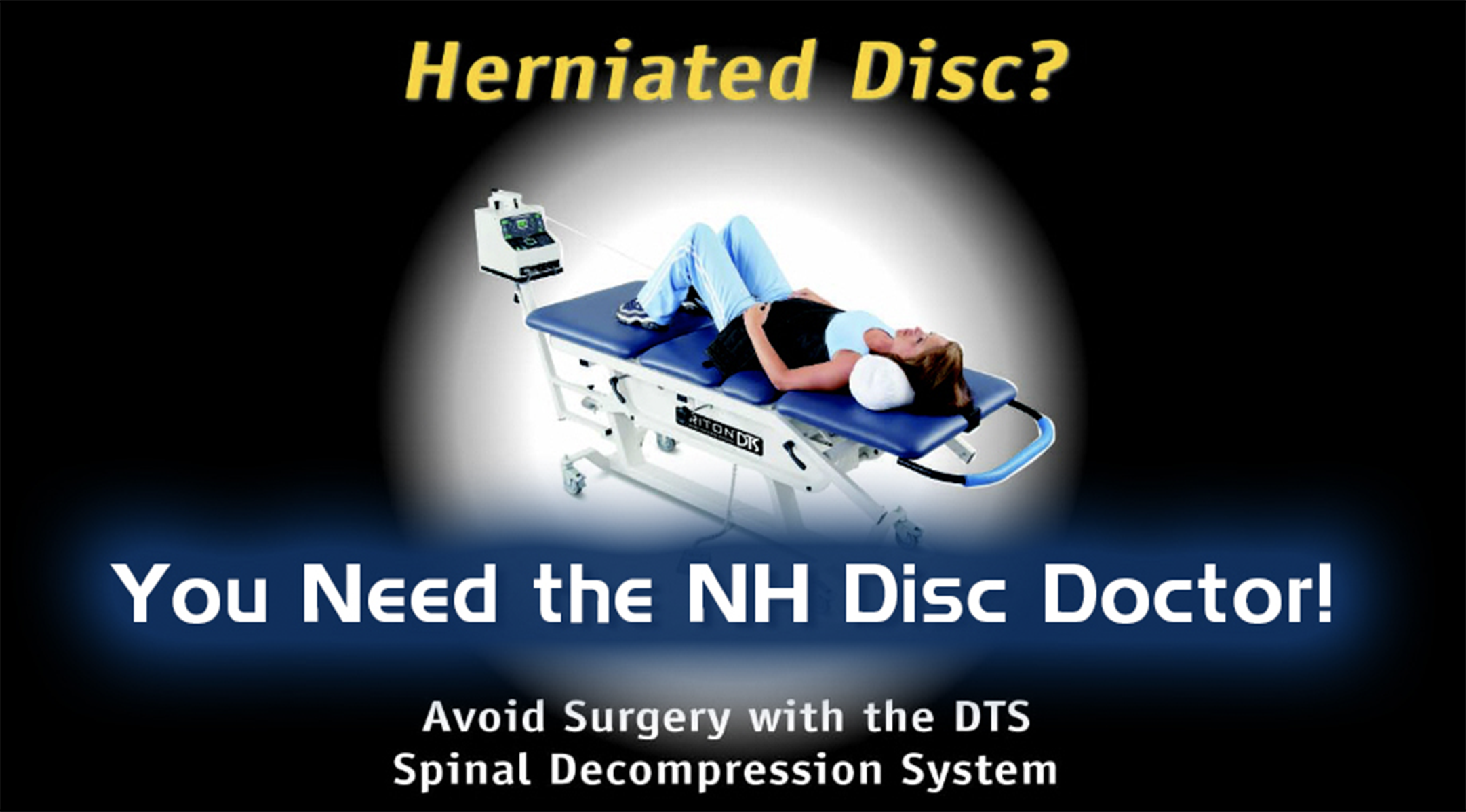 Hypothesis: Axial traction of the spine produces remission of symptoms in specific conditions that have not responded to traditional manipulative protocols when computerized decompression traction, electrical stimulation and biofeedback exercise stabilization are applied under a controlled regimen.

The study is a pilot project and was not considered by an IRB for the initial phase. Continued investigation is suggested. The equipment for the study was provided by Calhoon Health Products. No fees for treatment were charged to any patients and no subjects were paid to participate in the study.

REVIEW OF THE LITERATURE

There are many studies on traction in the current literature. We have sited 20 indicating a broad interest in this concept and a continued search for alternatives to surgical decompression of the spine. The articles with a brief synopsis are listed at the end with the reference. The primary clinical point of the literature review is that compression of the neuronal elements of the spine seems to be a leading cause or generator of the pain in chronic situations. Decompression has proven effective and various forms of decompression are elaborated. In conclusion from analyzing these articles, vertebral axial distraction can be accomplished several ways and reports of reduction of intradiscal pressure, reduction of disc herniations, and associated symptoms are cited.

A trial was designed to measure the improvement on low back and leg pain and neck and arm pain patients. Patients who had reported symptoms in those areas were notified of the project and invited to participate. Other providers of physical medicine were notified as well and encouraged to have patients with similar unresponsive conditions inquire. All patients admitted to the study had a lengthy history of pain with multiple episodes of chiropractic manipulation and physical therapy with limited success.

A combination of questionnaires were used to compute an intake score for each patient. The score was computed using the formula, the sum of the total score from each questionnaire. Categories of severity were created as follows: 0-150; 151-175; 176-200; and > 200.

The Axial Disc Compression Traction Therapy unit, manufactured by Chattanooga, was utilized in this study. Directions contained in the D.T.S. Information manual, copyright 2002 by Jay Kennedy were followed.

In this study, there were nine men and 5 woman ranging in age between 26-64. The range in chronicity for LB/Leg pain was 6 months to 29 years and neck to arm pain 1 year to 7 years. Exclusion criteria included, those with spinal fusions from hardware implant, those with non-disc related central spinal stenosis, those over age 70 or under age 18.

Intake measurements include modified Oswestry Low Back Pain Disability Questionnaire (Fairbanks, 1980) and the Neck Disability Index (Vernon and Mior, 1988) Activities Discomfort Scale (Turner, 1983) and a quadruple visual analogue pain scale (Yeomans, 2000). Each item was scored and the total recorded and compared to the exit scores. For this project, no objective tests were obtained on intake or exit, only standardized outcomes assessment tools.

Patients who qualified to enter into the study were measured and fitted to the traction unit. Both prone and supine protocols were considered for lumbar decompression. The prone position is usually recommended but can be modified per patient ability to tolerate the position. Cervical decompression is done in the supine position. Precise positioning for each patient is critical for outcomes to be optimized A 100% compliance was expected from each subject accepted into the study in order to optimize the statistical analysis.

The specific treatment protocol was determined by the doctor after assessing the intake examination and evaluation. The computer controls the variations in the traction allowing for spinal decompression and attempting to reduce the muscle reaction and subsequent compression that can occur with some types of traditional or conventional traction devices. The preprogrammed patterns for ramping up and down the amount of axial distraction allows for optimal levels of spinal decompression and disc hydration when possible.

The three outcomes assessment tools were scored and totaled for each patient on intake and after three weeks of the study.

Using a single tool, the Revised Oswestry form for low back, it is noted that improvement parallels, in all but one case, the combination of the three tools.

The neck patients all responded well but not with as high an average as the low back patients.

Following the three-week initial phase of the study, the patient sample in this study continued to receive decompression at variable rates based on improvement. The outcome measurements are repeated at one month intervals to determine if the disability levels and perceived improvement parallel each other.

It is interesting to note that the measured results parallel the perceived or reported improvement in all but one case. That case would not be included in a long term study due to non-compliance but was included here because that is a regular obstacle in daily clinical practice.

Decompression of the spine is possible using axial distraction as a modality. Study limitations include remission of symptoms may also be linked to electrochemical effects and biomechanical stabilization. All but two of the patients in the study improved at least 30% or more in the first three weeks. Two did not. One drove 2 hours to and 2 hours from treatment sessions and was not expected to achieve much improvement notwithstanding. He did report considerable relief immediately after each session and understood that the driving more than negated any improvements. The other patient who did not measure any improvement did not comply with the protocol as outlined and would have been dismissed from the study due to poor treatment compliance.

Continued follow- up with this patient sample is recommended in Part II of this study at 1, 3, 6 and 12 month results with and without additional treatment. Studies on surgical decompression procedures of the spine are often designed to include a 2-3 year follow-up as well as reporting any associated morbidity during the study time for up to 5 years. Additional patients should be likewise admitted and studied and the 5 year plan should be instituted. Patients will also be instructed in regular use and frequency of the stabilization exercises.

This study utilized an outcomes based research design. Given the significant improvements reported in this study, it is hopeful that a randomized, controlled trial where sham traction (placebo) can be compared to decompression therapy. Also, separate subject groups can also be randomized to electrical stimulation, pelvic stabilization groups, and a combined therapies group.

Utilizing the outcome measures, this form of decompression reduces symptoms and improves activities of daily living. Long-term benefits were not studied but will be reported in another study. The future study will include regular follow-up measurements to determine if the remission continues with or without recurrence. Also, the future study will investigate whether or not periodic supportive treatment sessions are needed to maintain symptom satisfaction.

1. Mackenzie R: Mechanical diagnosis and therapy for disorders of the low back. In Taylor JR, Twomey LT (Eds.): Physical therapy of the low back. Churchill Livingstone, New York, 2000 p.26 & 143.